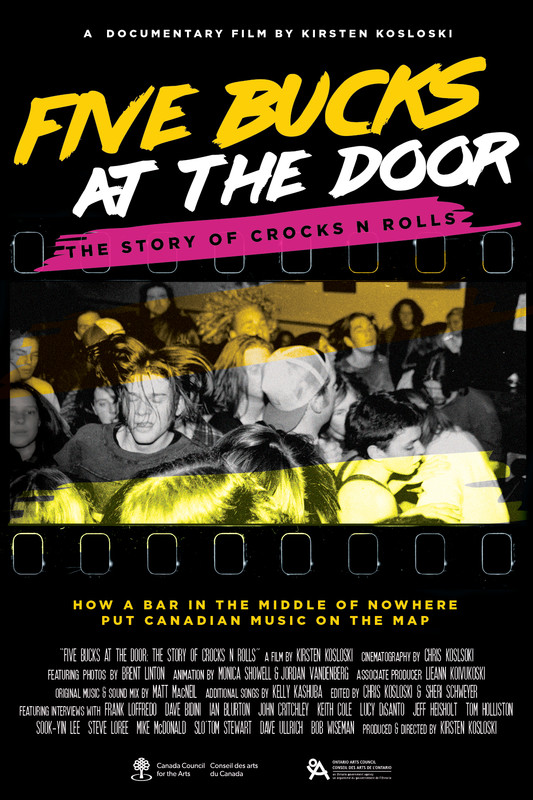 Five Bucks at the Door: The Story of Crocks N Rolls

In the mid-’80s and early ’90s, the heyday of indie rock, Crocks N Rolls became the epicentre of Canadian pop culture. Located in Thunder Bay, Ontario, atop the iconic Highway 61, Crocks (as it is affectionately called by its patrons) was a bridge for East and West coast musicians crisscrossing their way through the country. The story focuses on those pre-internet days of D.I.Y. culture and the grassroots alternative movement. The documentary talks with seminal independent Canadian musicians each having a personal connection to the venue and its owner Frank Loffredo — who turned his family-owned Italian restaurant into a premiere Canadian venue. All roads lead to Crocks, and 30-years later its impact is still being felt.