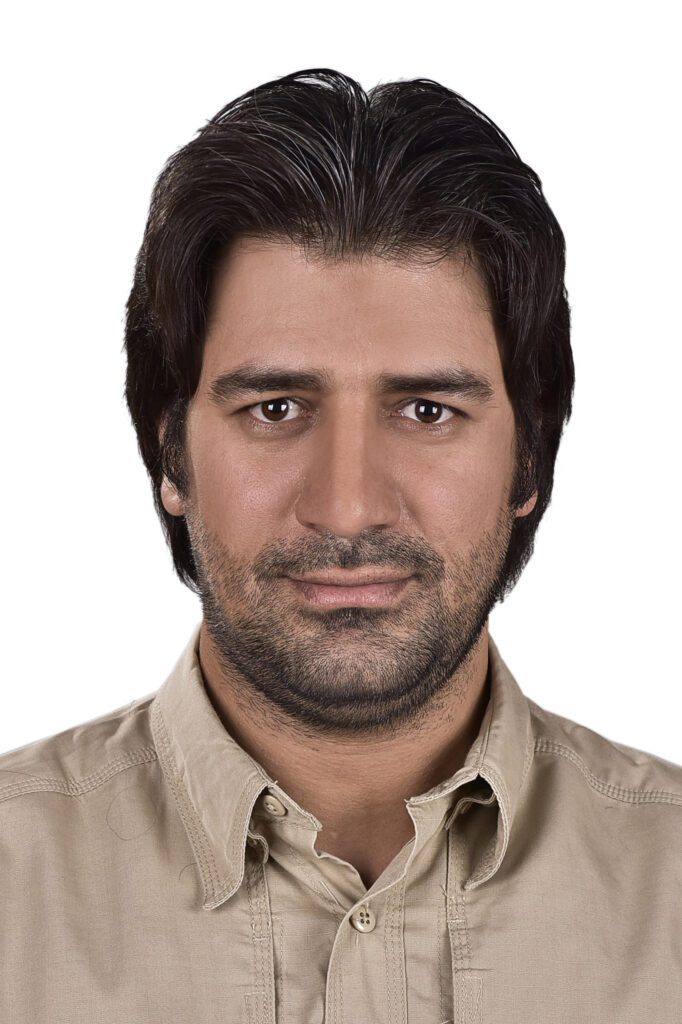 In a village near Halabja. A little girl stands by a tree near a high valley and plays with her scarf. A boy who is a girl’s playmate approaches her. The girl notices the presence of the boy. They look at each other and laugh. Then they run one after the other and get away from the valley. They pass through the back alleys of the village and happily reach a house and enter its yard. The girl sits next to him and draws on the ground with the stick in her hand. A voice can be heard from inside the house. The girl goes home. And looks inside the room. Inside the house is a marriage porposal party. We do not see anyone, but we hear from the voices that the bride’s father has agreed to the marriage.

Eudald Corominas Vima. He studied Higher Technician in Production of Audiovisual Projects and Shows at EMAV but, wanting to delve deeper into cinema, he graduates in Cinema and Audiovisual Media at ESCAC in the direction specialty. After collaborating on multiple projects, at the age of twenty-six he wrote and directed his first short film called ‘Inheritance’.

The FIlm: During the post-war period, in a village of the Catalan Pyrenees an undertaker, distressed because his life is immersed in misfortune, kills a person to collect money from the burial. The atrocities of the war and the acts of the past will come to light when a girl discovers the murder and starts blackmailing him. 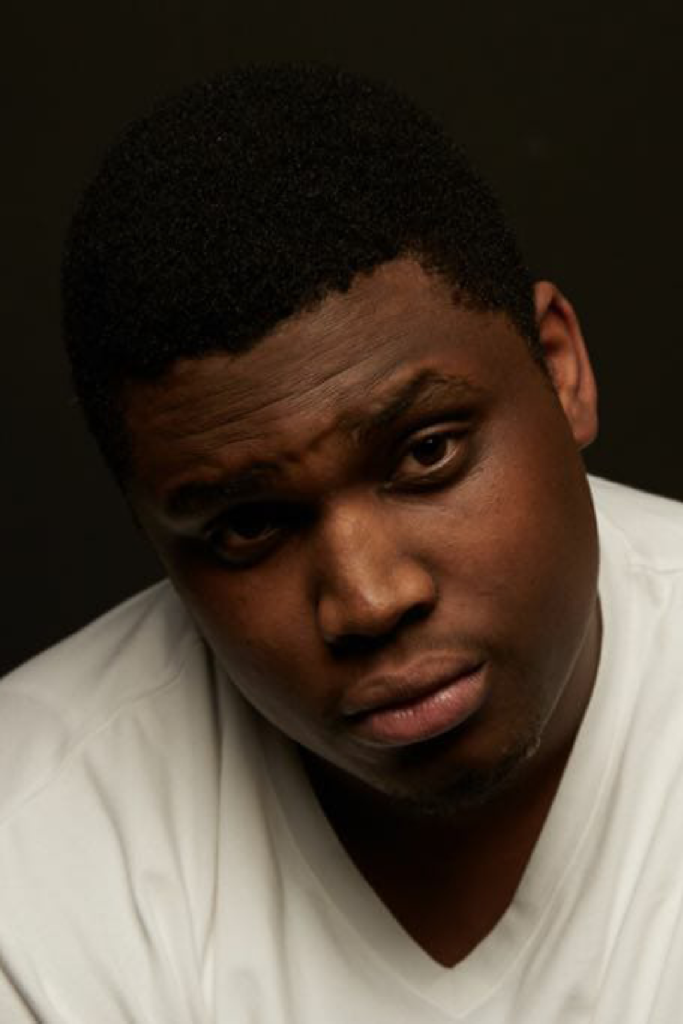 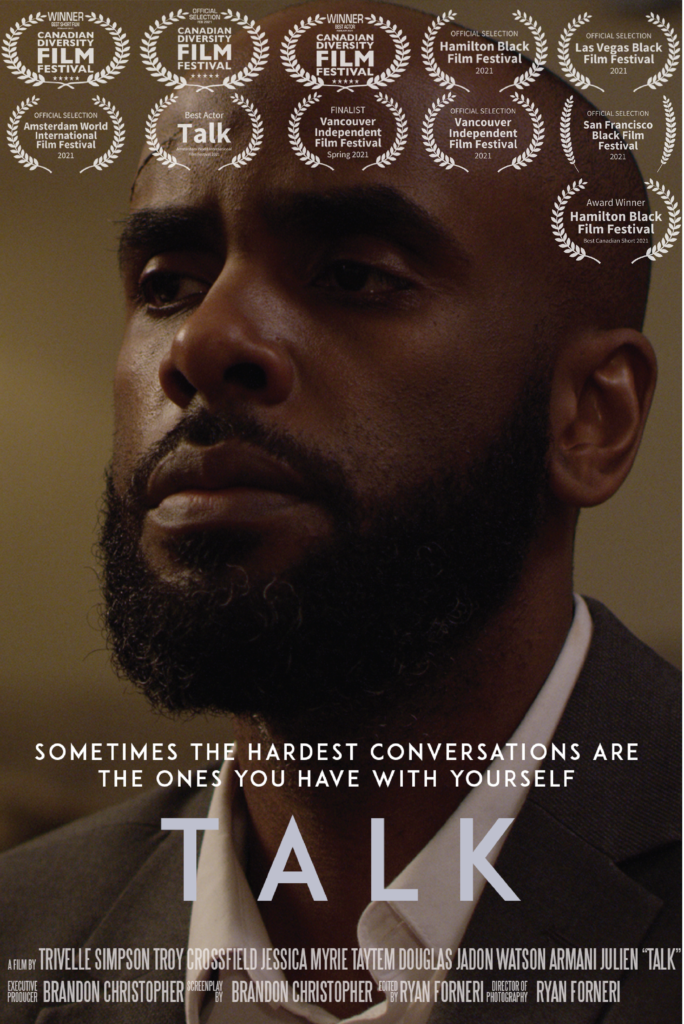 Trivelle Simpson cut his teeth for nearly a decade as a music artist exploring narrative storytelling. After loving the experience of directing several music videos, Trivelle pursued a new avenue of storytelling through film. His first film, Disintegrate, won the People’s Choice Award at the 16th Annual Vox Popular Media Arts Festival. Trivelle brings a unique perspective to every film he directs, drawing from and innovating on art that inspires him. He seeks not just to create incredible films, but to leave people with an experience they can’t help but talk about and unpack with others.

The Film: On the surface, he has everything he could ever want. A great job, nice car, perfect family. However, on the inside, it is a different story. This man has been plagued by trauma since he was a child. After being made partner at his work, the man goes back to his childhood home to take his own life. But in the process he encounters the demons of his past in a more real way than he could have imagined. The man is left to wrestle with one question: is it too late to fix this? 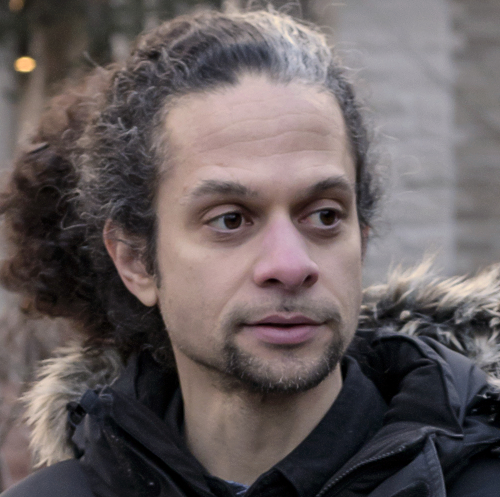 Richard B. Pierre is an award-winning multiracial Black filmmaker who has written and directed over a dozen shorts that have been broadcast globally and screened in festivals worldwide. His work tackles a range of genres and subject matter; most recently focussing on race. His first documentary ‘What Are You?’ was nominated for a 2020 Golden Sheaf Award. His latest short, ‘An Uninvited Guest’ won BEST THRILLER at the 2020 HollyShorts Film Festival and was nominated for a 2021 Golden Sheaf Award.

The Film: When a Black man is assaulted by police, guests at a dinner party consider the attack unremarkable except for one. 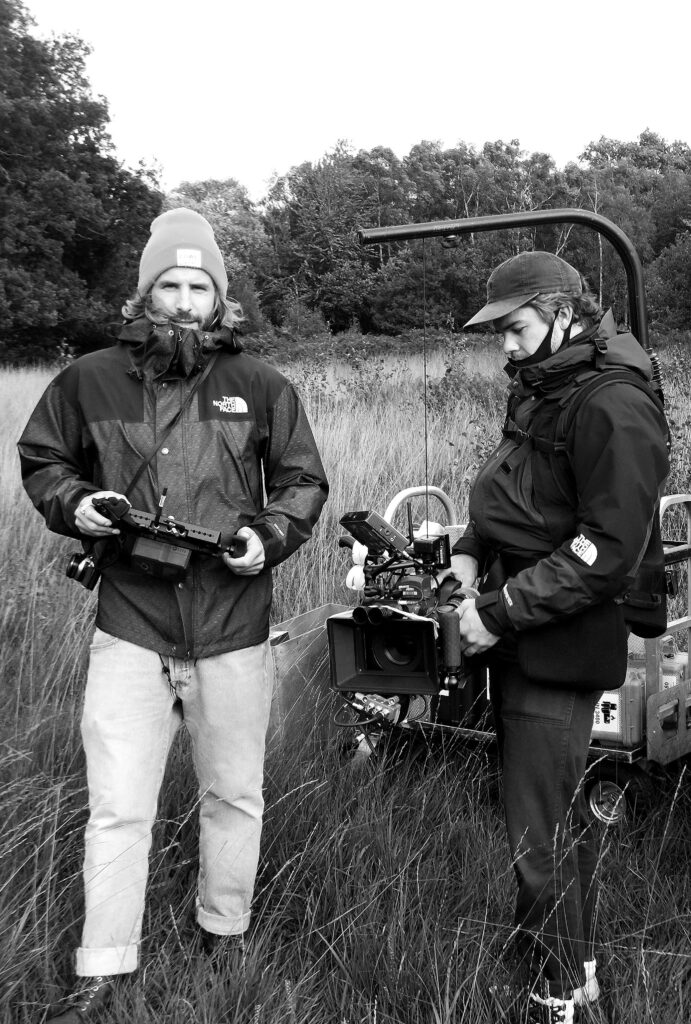 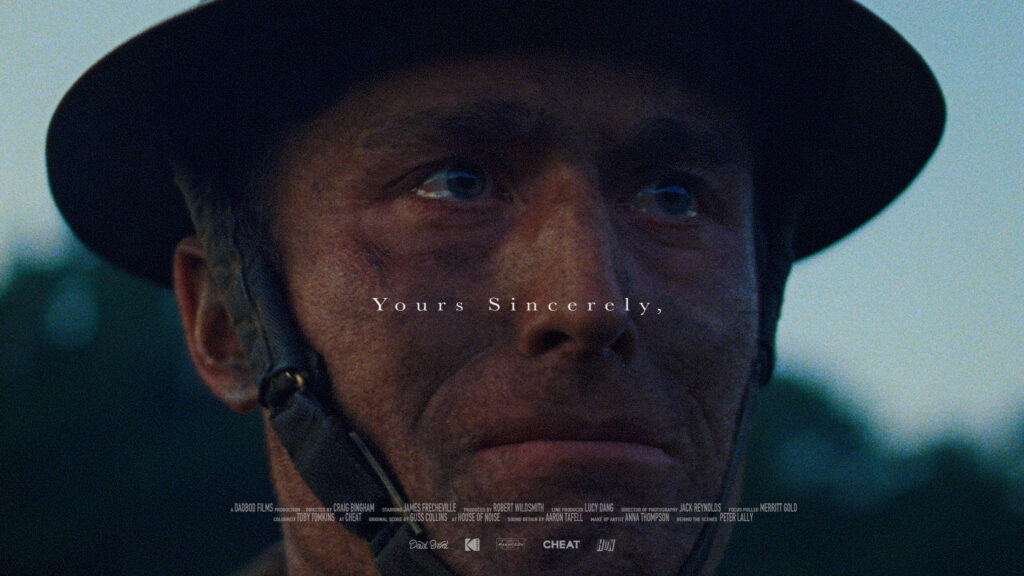 Craig grew up drawing inspiration from his surroundings in Yorkshire. His career started as a portrait photographer, which through character study then led him into the world of documentaries where he found his feet as a film maker. His visual approach to storytelling has led him into the world of commercials and branded content for Brands such as Panavision and the RAF.

A very short film inspired by the letters between Gilbert Bradley and Gordon Bowsher during the second world War. Two men who were in love.

While on military training during World War Two, Gilbert Bradley was in love. He exchanged hundreds of letters with his sweetheart – who merely signed with the initial “G”. More than 70 years later, it was discovered that G stood for Gordon. At the time, not only was homosexuality illegal, but those in the armed forces could be shot for having gay sex. Some of Britain’s gay soldiers after risking their lives for their country were persecuted and jailed by the military authorities. This short piece has been made celebrate those men and women. 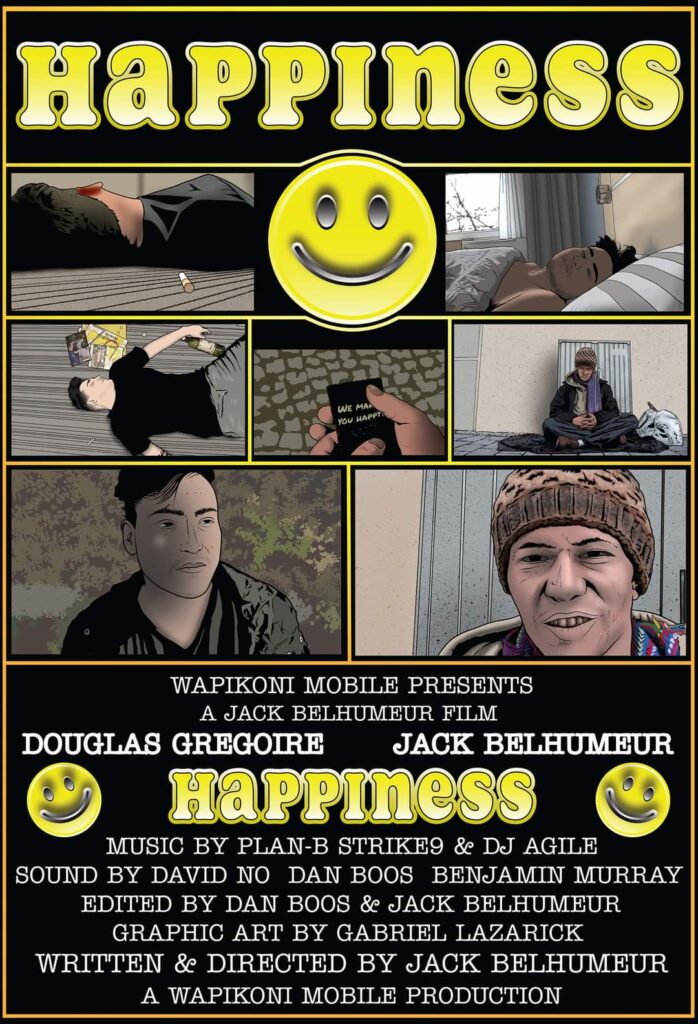 An unhappy young man meets a stranger who offers to solve all of his problems with a simple package. But can happiness be given and received?

One liner: Director Jack Belhumeur challenges viewers to reflect on their assumptions about the nature of happiness. 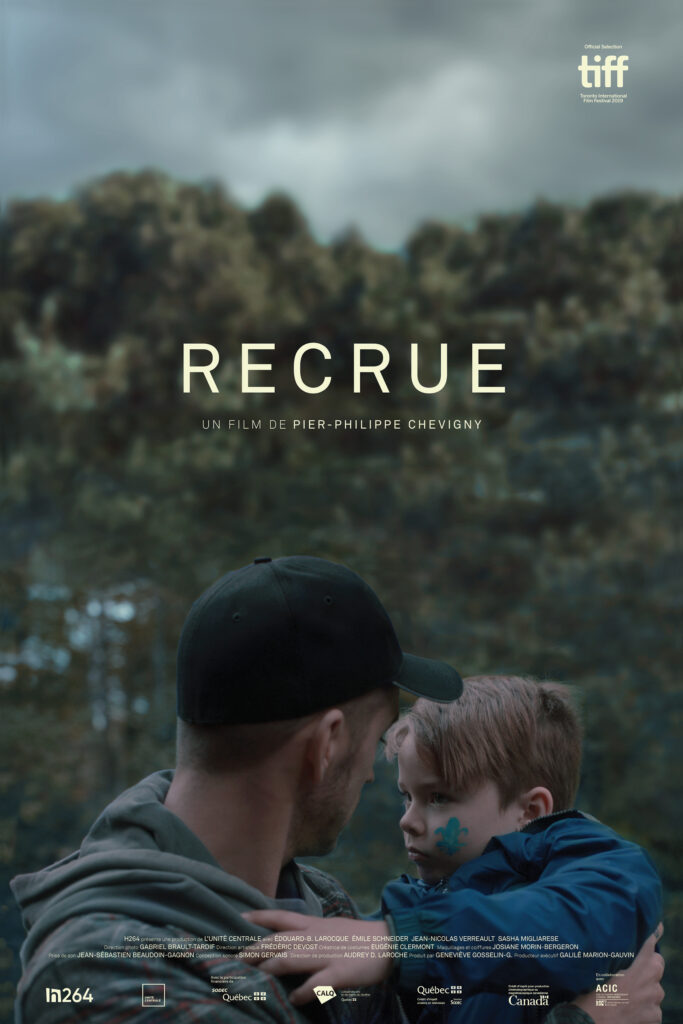 Pier-Philippe Chevigny is a young filmmaker from Montreal, Quebec. His films share a common signature, combining sociopolitical subject matter with suspenseful writing and intense, often frantic camerawork. For the past few years, his short film have garnered international attention, with Tala (2013) scoring a deal with European broadcaster ARTE and Vétérane (2017) earning critical praise and winning awards both at home and abroad. With his latest short Rebel (2019) competing at the prestigious Toronto International Film Festival, Pier-Philippe is currently finishing the script for his first feature length movie.