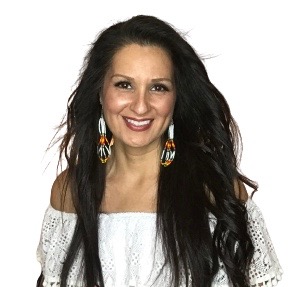 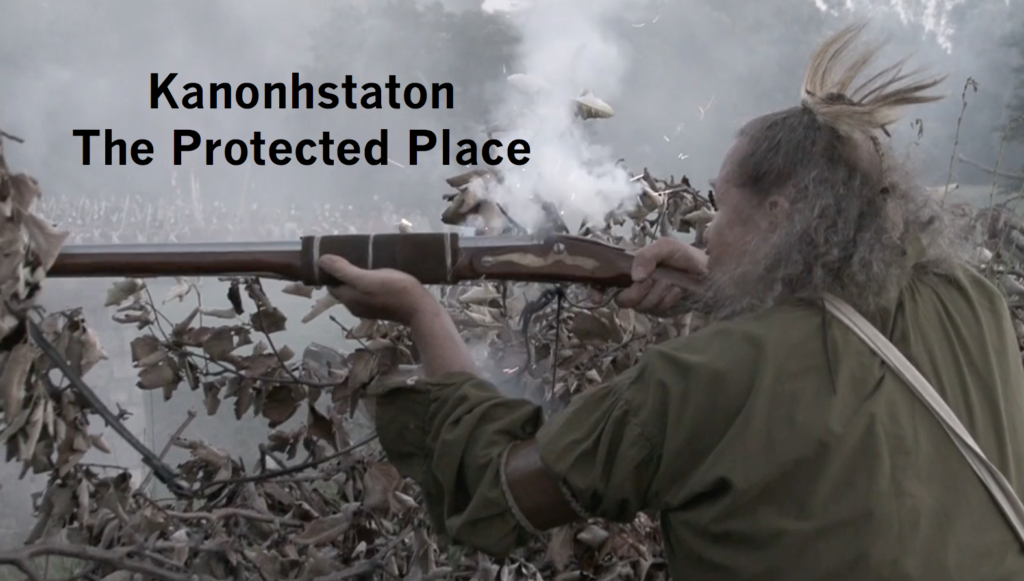 In 2006 the community of Six Nations in Ontario took a stand against continued theft and development of their lands. The inconvenience and lack of historical knowledge led to violent outcomes with the surrounding community of Caledonia as headlines went national.
Cher Obediah is Ojibway and Mohawk of the Turtle Clan from Six Nations Ontario with roots in Alderville First Nation. Currently living in Stoney Creek, Cher is a filmmaker, a speaker and writer
Cher lends her creativity to projects that focus on healing and transformation, equality and inclusion, Indigenous culture, domestic violence, youth driven projects and content that inspires others to recognize their worth.

Cher received the Truly Independent Award from the Hamilton Film Festival and was the 2020 Hamilton Media Arts Award. Cher was also the 2020 winner of Canfitpro’s Got Talent by dancing Womens Fancy Shawl 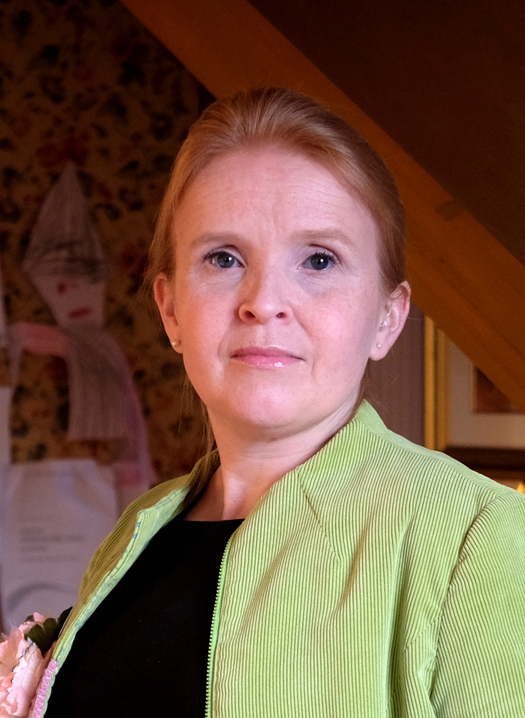 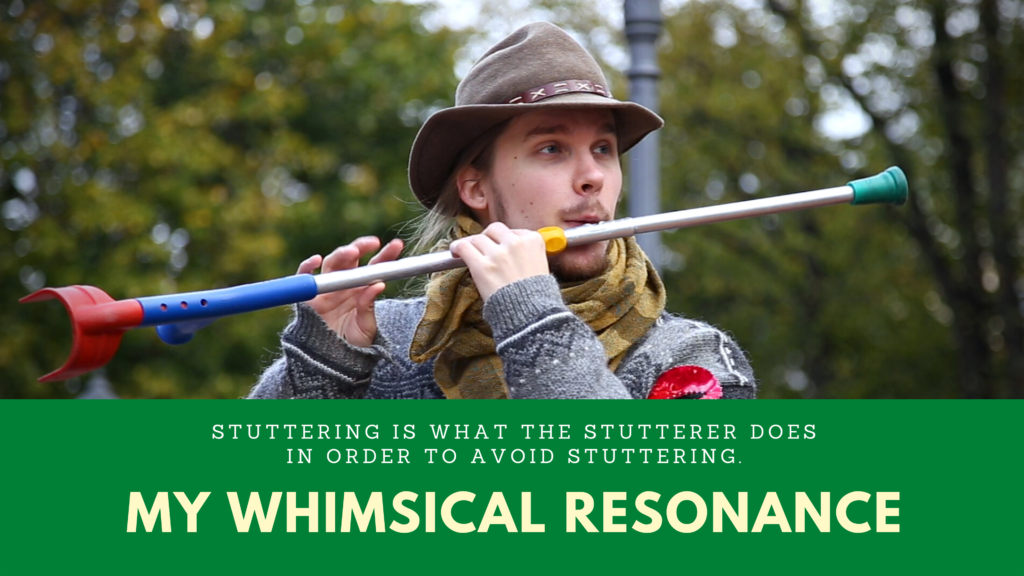 My whimsical Resonance – A stuttering musician Juuso Sintonen shows how art and playfulness help him not be so afraid of life.

Jenni-Juulia Wallinheimo-Heimonen is a State Prize awarded multidisciplinary artist whose short film “Reflector of Living Will” won the Best Screenplay at Pisa Robotic Film Festival in 2018. Her work deals with disability politics, aesthetics of assistive devices and gender issues related to women with disabilities. She has facilitated social art workshops in Finland, Bosnia-Herzegovina, Estonia and China and participated in exhibitions in Finland and abroad. She is the recipient of a three year grant from Arts Promotion Center Finland for her project Empathy Objects 2019-2021. 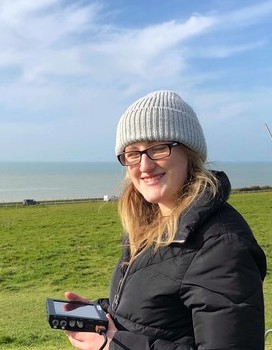 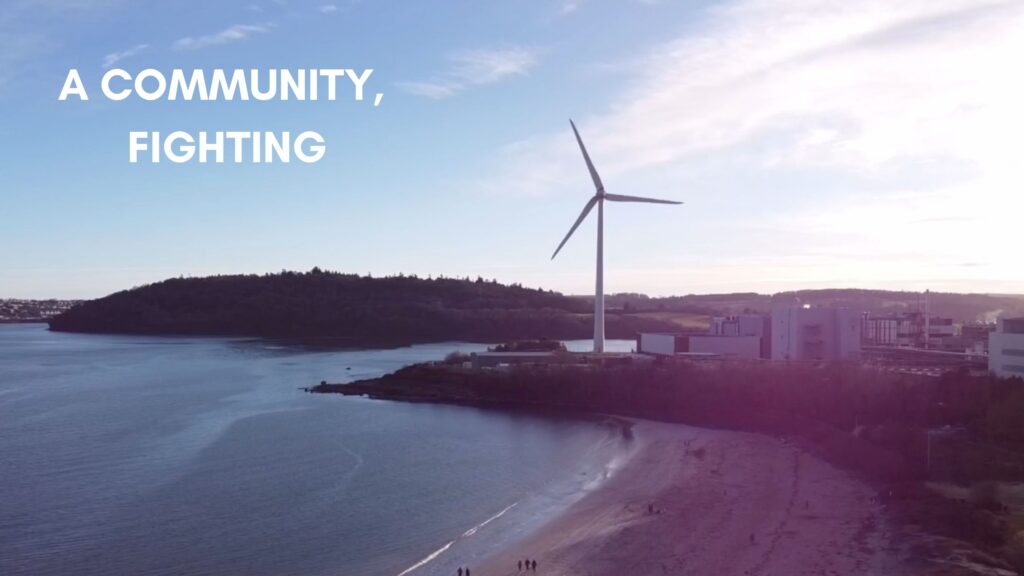 Zoë FitzPatrick is a short film and documentary writer-director, and has most recently shot music videos for Late Night Rambler and Troubadour Distillery Cork. She has also worked as both an in house and freelance videographer before completing her degree at Brighton Film School.
This short film marks the 20 year campaign sparked by the news that a waste company had arrived armed with plans to build a large hazardous waste incinerator at the end of a then undeveloped cul-de-sac in Ringaskiddy, the industrial heartland of Cork.
As news percolated around Cork Harbour, concern and opposition, evident from the outset, consolidated, galvanised and continued to go from strength to strength over the course of the years that saw a community stuck in a battle that they didn’t invite. The campaign, at the time of completion of this film, is still ongoing. 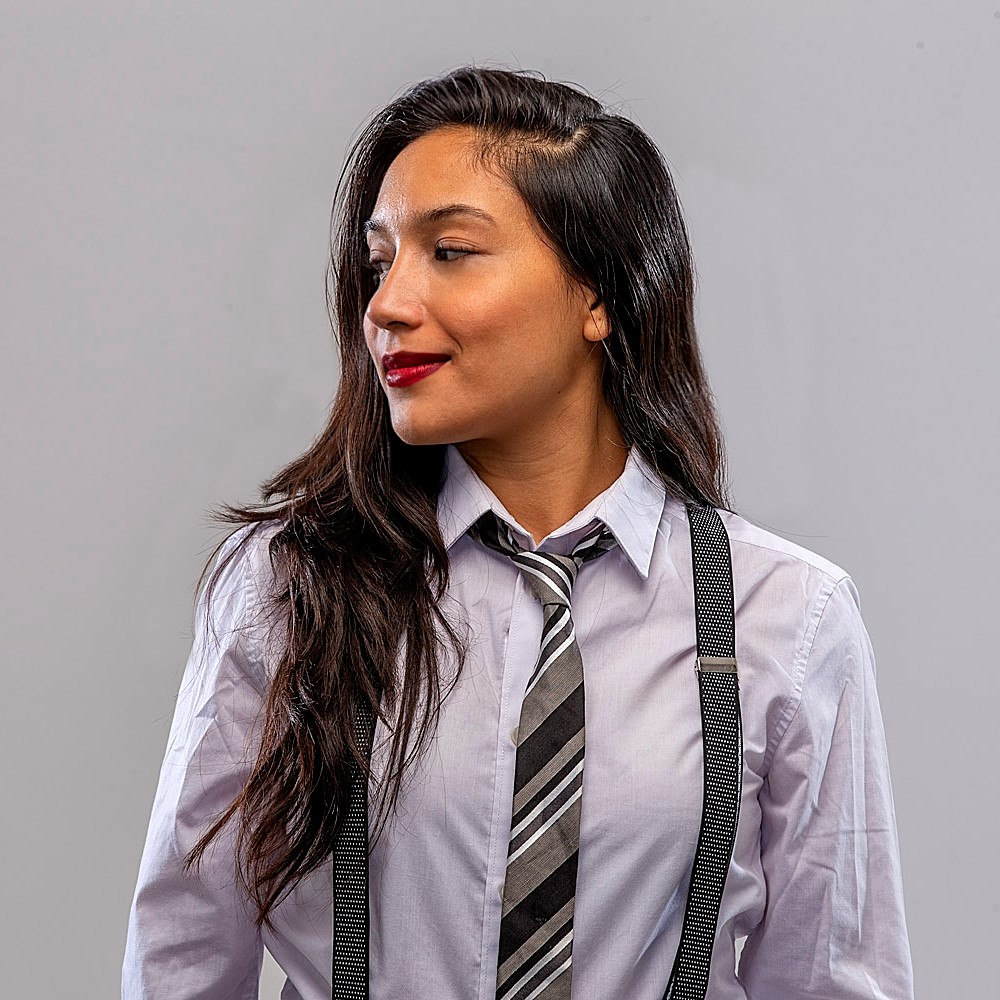 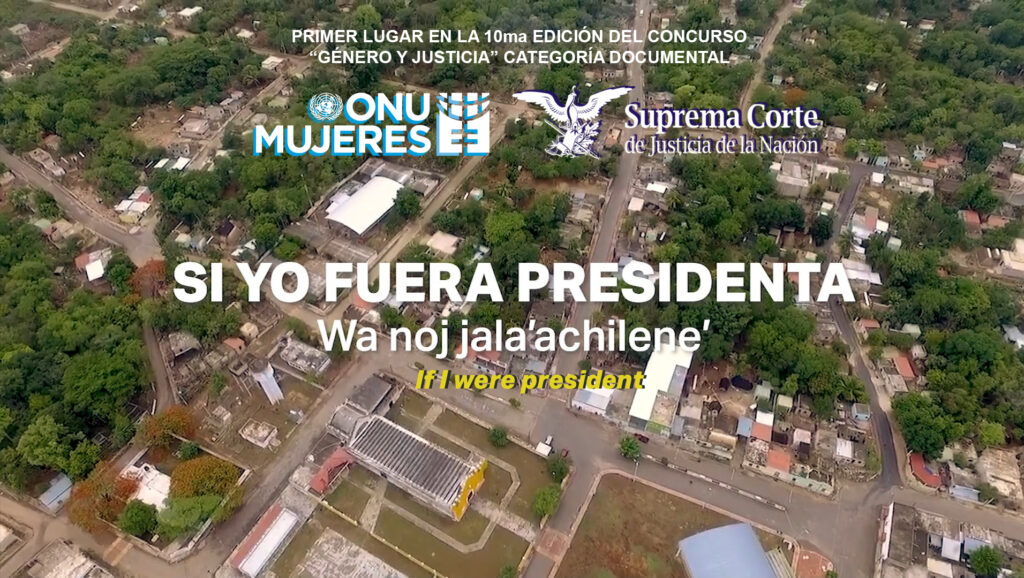 If I Were President

The women of Tahdziú, Yucatán talk about their right to vote as indigenous women, they demand to be heard and taken into account in the decision-making of the community, where they have been despised because of the misogynistic traditions and corrupt political parties. They organize a dialogue about how to educate the next generations so that there is equality and women’s voices are heard and respected.
Director Andrea Arteaga Cote was born in Mérida, Yucatán to parents from Mexico City. She has a degree in Communication with a specialty in Film Direction and Production from Universidad Anáhuac. He was a young jury at the Riviera Maya Film Fest, 2015, and a jury at the Rec Change Scoring Competition, 2019. At 26 years old she has directed 7 short films, has won 8 first-place awards at film festivals and her projects have been selected in more than 17 international festivals such as Berlin, Tokyo, LA, Rome, UK, France, Mexico, India, Spain, Bangladesh, Minsk, etc. She professionally directed and produced commercials, music videos, corporate videos together with her partner Andrei Ramos Puerto, with whom they head the production house Séptimo Producciones. She currently resides in Canada, writes scripts and pre-produces her next projects to do in Mexico in the following years. 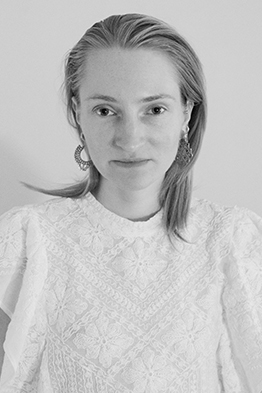 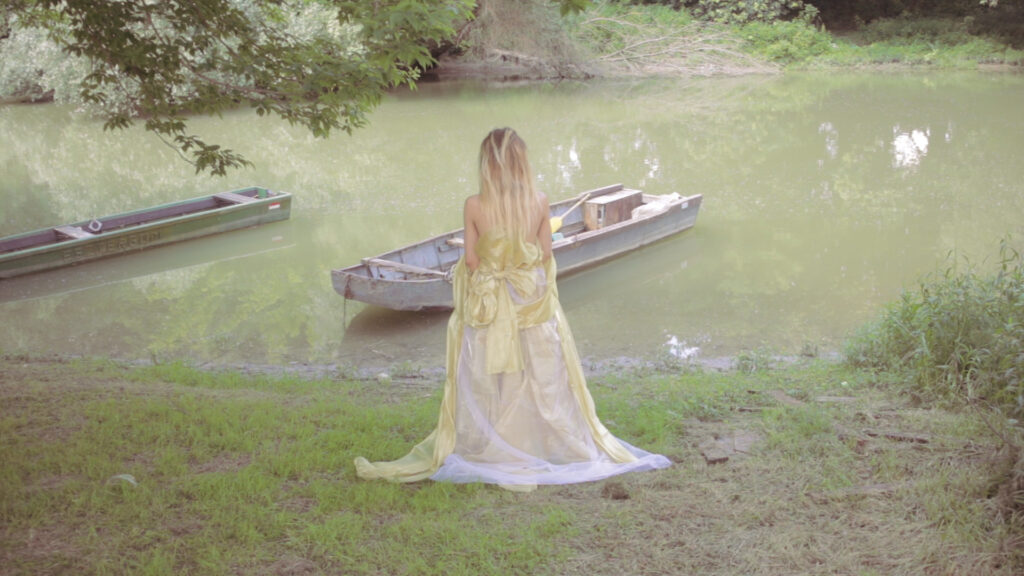 Mariann Zászlós based in Hungary, Budapest as a photographer and multimedia artist. In the spring of 2020 she graduated from Moholy-Nagy University of Art and Design. Thanks to the diverse topics of the university she had the opportunity to experiment and try several fields. While photography became the basis of her expressive forms, she also passionate about videography. Her video projects include performance art, interview series and an experimental, fiction short film.

Unknown: A testimony of two transgender women about childhood, desires, violence, and perseverance. 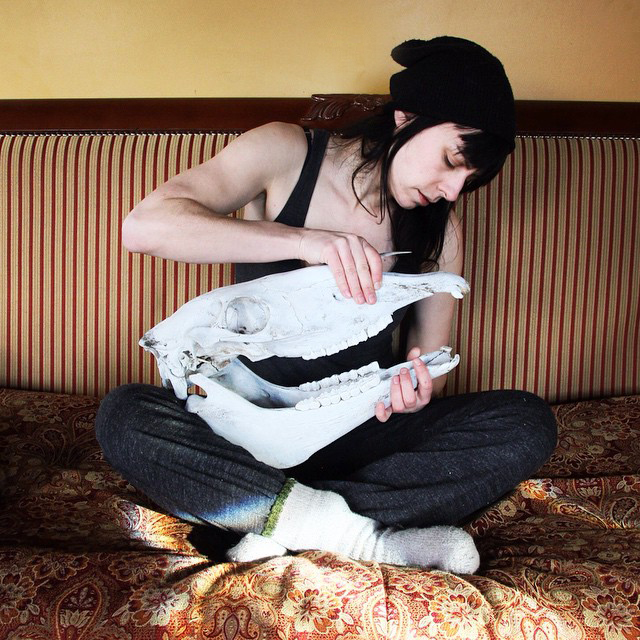 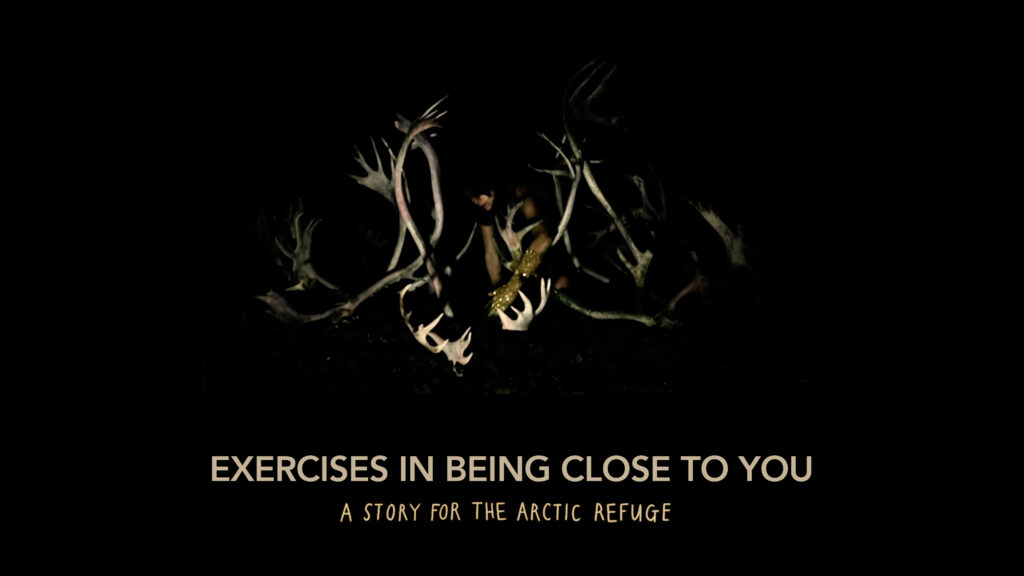 Exercises for Being Close to You: A Story for the Arctic Refuge

Krista Davis is a visual artist and filmmaker based in Yukon, Canada. She has ties to Nova Scotia and Arizona, that keep her making work between these very different landscapes.
In her recent work she takes up writer Donna Haraway’s call for strategies to “live and die better together on this damaged earth”. Through video, animation, performance and multi-media installation, Davis has been looking for creative (and sometimes fantastical) strategies to shift perspectives on human and non-human relationships towards a more ecologically just world.
Davis received her BFA from Nova Scotia College of Art and Design, and MFA from Arizona State University.

The Film: A two-week expedition to witness the Porcupine Caribou Herd’s migration, intercut with experimental vignettes — exercises to rethink our relationship to the land and animals we hope to protect. 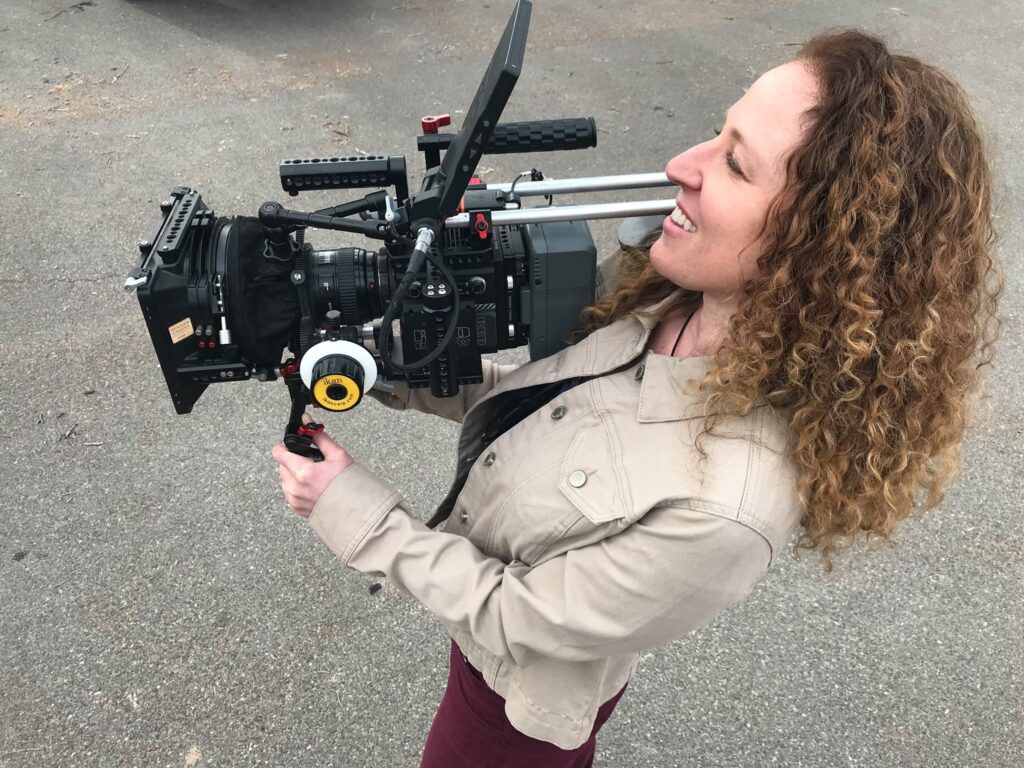 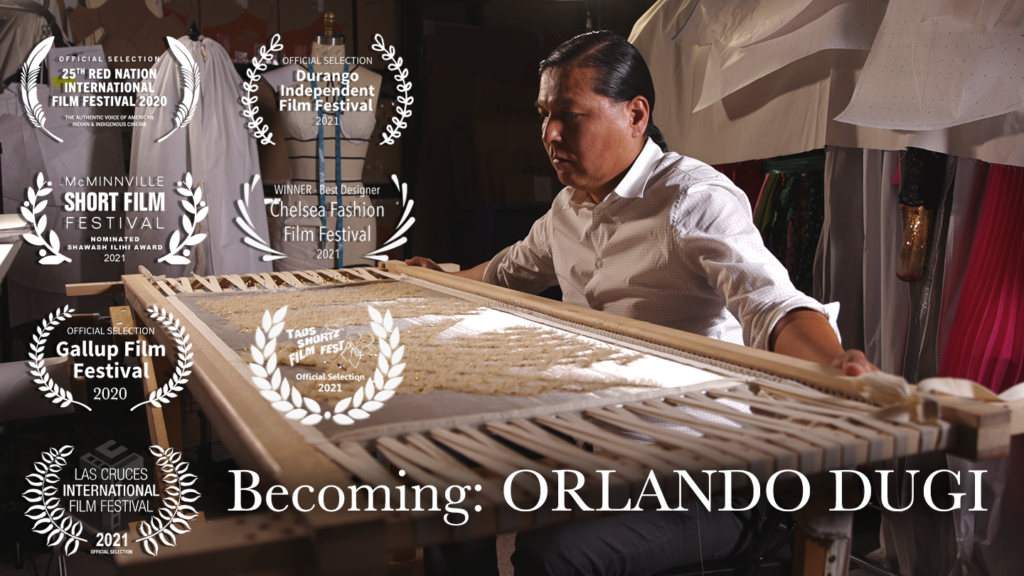 Kaela is a multi-award winning filmmaker based in Santa Fe, NM. Her skills are the culmination of a lifetime of creative development. An early fascination with the art of storytelling inspired her to teach herself how to write (once upon a time = oassaponatim). At San Francisco School of the Arts High School, she studied visual arts and gained a refined sense of color, balance, space. However, it was a social documentation class that Kaela took in college that triggered an interest in human-centered video storytelling. She brings her exceptional communication skills, keen visual sense and sensitivity to the art of video production.

The Film: Indigenous fashion design often goes far beyond the material. Orlando Dugi is a shining example of this. “Becoming” explores the connection of Orlando’s contemporary designs with his traditional Navajo upbringing, the honoring of Native women, especially his grandmothers. It challenges the notion that Native art must be fixed in time, and shows how weaving the past into the present can be a powerful form of cultural expression. The film culminates in a vibrant reveal of his 2020 Capsule Collection. 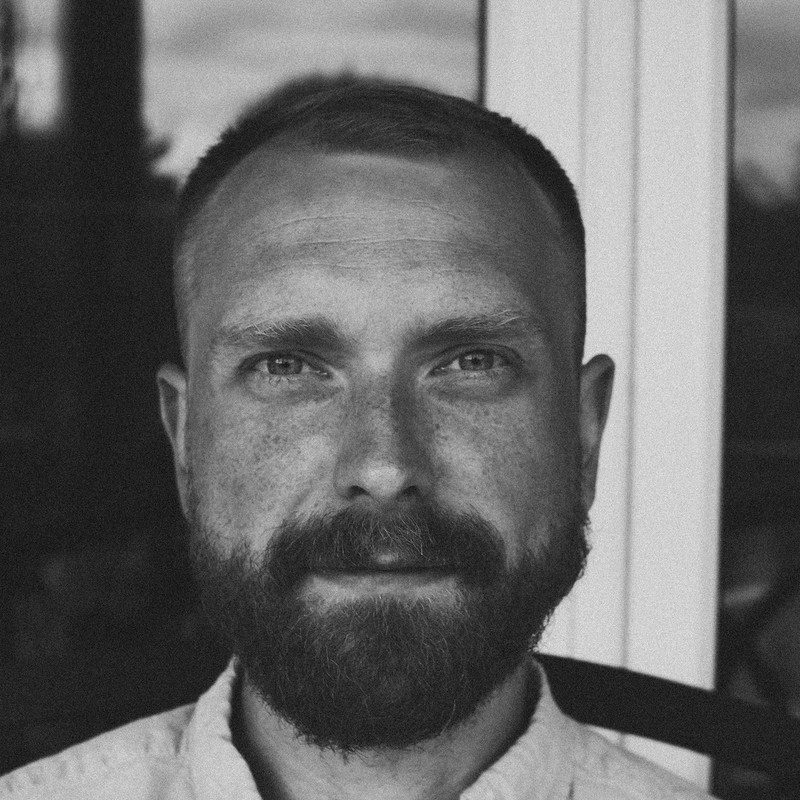 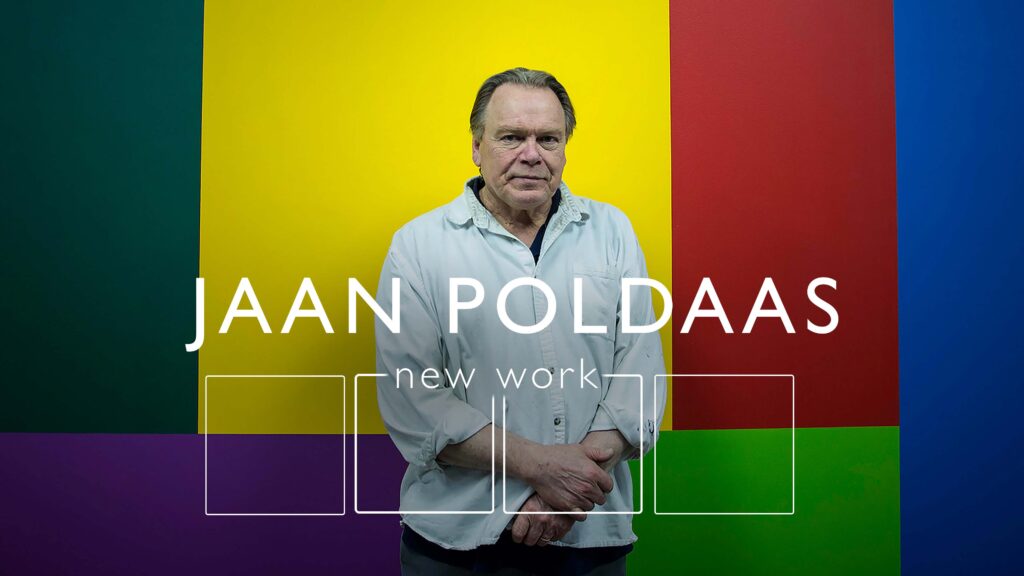 Patrick Barfoot’s (Director/Producer/Editor) work has been screened at film festivals worldwide, broadcasted regionally on Bell TV1 and TV Ontario, and nationally on CBC. His 2016 film “The Constant Refugee” won Achievement in Documentary from the Enroute Film Festival and was showcased at Jayu Film Festival, REELWorld Film Festival, Forest City Film Festival, and many others. In addition, his work as a documentary editor has had international acclaim, with works premiering at Hot Docs 2015 and Sheffield Doc/Fest 2018. Patrick is drawn to showcasing stories of unique and compelling individuals, while exploring the intimacy between his film’s subjects and the audience.

The Film: Jaan Poldaas: New Work explores the artistic career and methodology of an important yet forgotten Toronto artist as he emerges from retirement to complete his most important work to date.