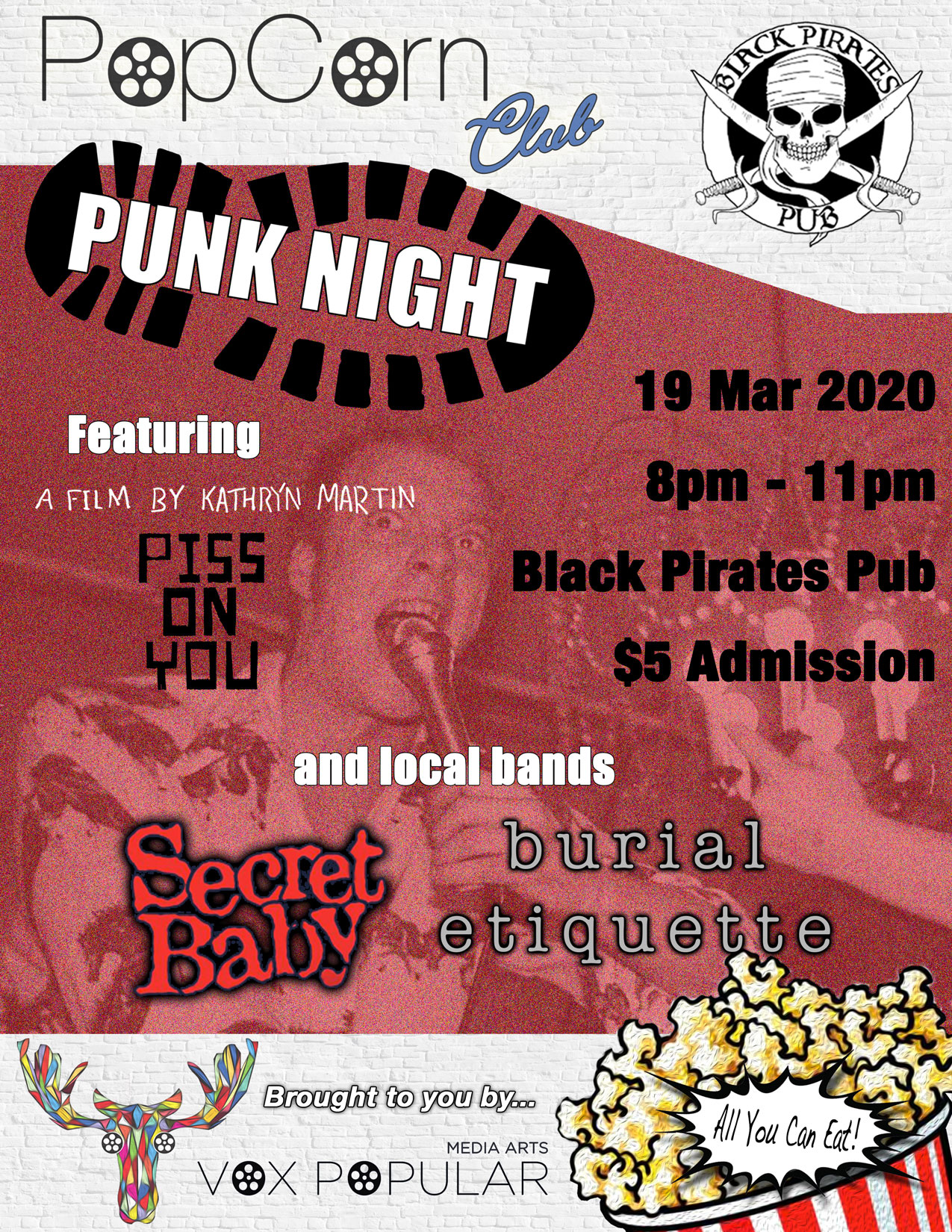 8PM – 11PM
215 Red River Rd – Black Pirates Pub
5$ Admission.
All you can eat Popcorn!
Piss On You (2014) – [Kathryn Martin]
It’s 1979 and Winnipeg was struck by a punk rock subculture of energetic and rebellious youth who created a music that rejected the mainstream, defied authority and cleared the path to do things ‘their way.’ This film chronicles the scene from 1979 to the mid 80’s with interviews and music from the players of the day; Chris Walter, Joe Shithead (D.O.A), Mitch Funk (Personality Crisis), Colin Bryce (The Dub Rifles), Norm Simm (The Unwanted) and Kelly Jackson (The Stretch Marks) among others.
Featuring performances from local punk bands
JOIN THE POPCORN CLUB
Learn about all of our upcoming events.
Learn about fun volunteer opportunities.
Interact with local artists and film makers.
Eat exuberant amounts of PopCorn!
Have your voice heard!
PopCorn Club: Punk Film & Music Night
+ Google Calendar+ iCal Export