Caribou in the Archive 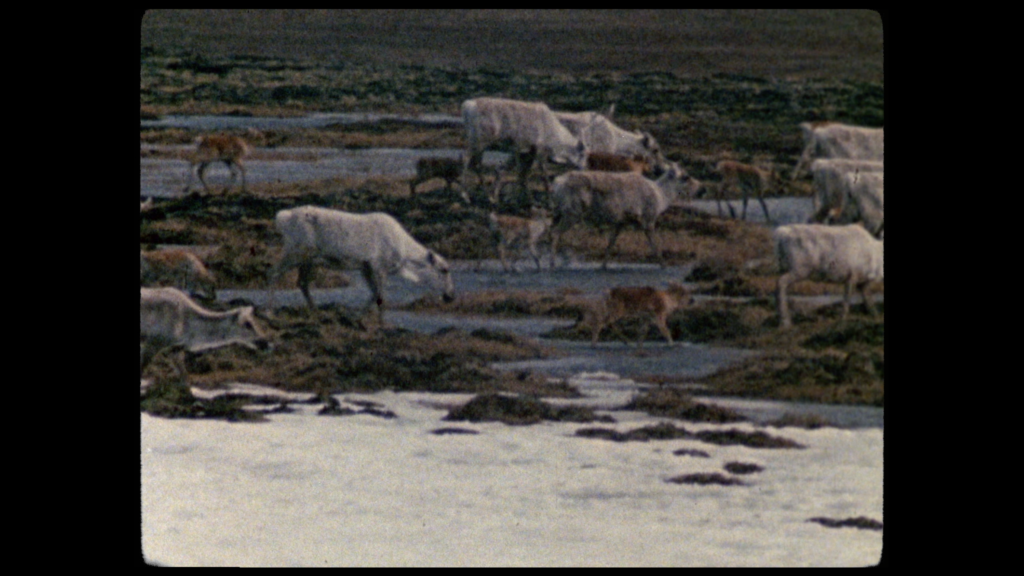 Film Description: In Caribou in the Archive, rustic VHS home video of a Cree woman hunting caribou in the 1990s is combined with NFB archival film footage of
northern Manitoba from the 1950s. In this experimental film, the difference between homemade video and official historical record is
considered. Northern Indigenous women hunting is at the heart of this personal found footage film in which the filmmaker describes the
enigmatic events that led to saving an important piece of family history from being lost forever.

Director Biography: Jennifer Dysart is an archive enthusiast with a deep love of found footage and experimental films. Her films Caribou in the Archive (2019),
Kewekapawetan: Return After the Flood (2014) and Moss Origins (2011) have screened around the world. She was born in Alberta, raised in
BC, currently lives in Hamilton, Ontario and has Cree roots from South Indian Lake in northern Manitoba, Canada.

Director Statment: Caribou in the Archive (2019) is Jennifer Dysart’s second film that delves deep into official Canadian archives to expose and counter how her Cree community at South Indian Lake Manitoba is represented in the official historical record. Her film Kewekapawetan: Return After the Flood
(2014) was the first documentary in this series that uncovered invaluable black and white film showing meetings between Manitoba Hydro and
the people of South Indian Lake in 1968 which initiated massive environmental disruption that erodes their traditional way of life.